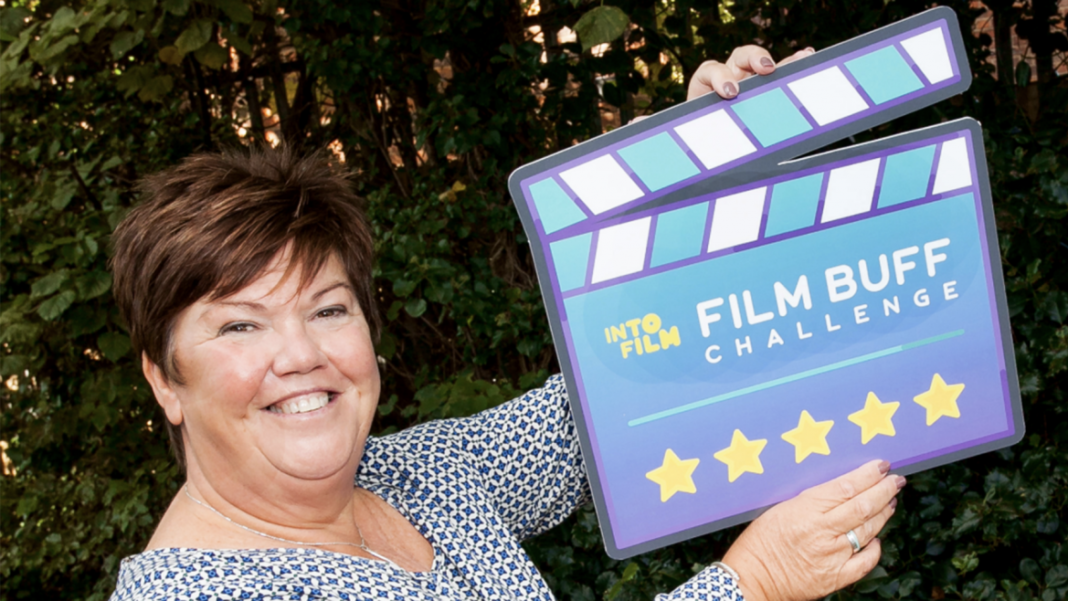 A LOCAL woman has been shortlisted for Teacher of the Year in the 2022 Into Film Awards.

Michele McAlonan lives in Comber but was raised in Newtownards and has lived most of her life in Ards.

While raising her children she worked at Londonderry Primary School as a classroom assistant, before returning to education as a mature student, balancing this alongside work and raising her children, and ultimately obtaining her teaching qualification from Liverpool Hope University.
Michele briefly returned to Londonderry Primary School as a teacher, before moving to work in Belfast at Cliftonville Integrated Primary School, where her work has been recognised as deserving of a nomination for this prestigious award.

Into Film supports teachers and educators to achieve a wide range of effective learning outcomes in their use of film. Michele started her own journey with Into Film 10 years ago.

“I signed up to run an Into Film Club as an extra-curricular activity,” she said.

“It soon became apparent that the use of film could play a major role in the teaching of literacy throughout the school. For those pupils who may have difficulties ‘putting pen to paper’, the confidence they developed from film-related activities was invaluable.”

Michele’s daughter, Kellie has spoken out about how proud she is of her mother.

“I am so unbelievably proud of my mum and believe all her hard work is an inspiration,” she said.

“She gained her teaching qualification later in life, through a distance learning undergraduate degree while raising her children and working as a classroom assistant. To me, this in itself is an achievement.

“In a national awards scheme like this, it is also so great to see Northern Ireland talent recognised.”