BUSINESSES across Ards and North Down are facing a hike in the price of disposing of their rubbish. Ards and North Down Council is facing above-inflation increases in its waste disposal contracts so to offset these rises, officials want to increase the cost of collecting rubbish from commercial properties. Officials at the local authority say everything from independent shops and restaurants to large companies need to be charged an extra 5% on the current cost of picking up waste from their premises. The proposal was due to be discussed at a meeting of the council’s Environment Committee last night. The council imposes a range of charges for collecting commercial waste, anything from £2 for the smallest size of blue recycling bin to £18 for the largest size of grey general rubbish bin. Four different types of bin are available, each with their own separate list of fees; assuming a business has one bin of each type, the most it could be currently charged for collection is £33, while the least is £11.50 – though the latter is only achievable in the unlikely event that a business generates such little waste that it would just need the smallest bins. Under the new regime council staff want to impose, the least a business could pay to have all four bins emptied is £12.05, while the most is £34.65. Of course not every company will have only one of each bin; any outlet with several large grey or blue bins will see its bills shoot up even further, as they already carry substantially higher charges than glass or food waste recycling containers. The move to bump up charges will come as a particular blow to those businesses already struggling with a new round of Covid restrictions limiting the number of customers they’re able to have, something that’s proving to be an especially tough time for the hospitality industry. In council documents, local officials say the increase in fees is needed because the council froze commercial waste charges during the first 18 months of the pandemic. Officials state that the council is now staring at a number of above-inflation increases in its own waste disposal contracts, specifically naming rises in waste haulage costs and landfill tax among others that are on the horizon. “It is proposed to apply a 5% increase to the current charges to help meet the additional financial pressures on the [waste collection] service,” say officials. The council’s Environment Committee was set to debate the price rises at a meeting scheduled to begin shortly after the Spectator went to press last night. If the committee agrees to bump up charges, as recommended by its own officials, the higher fees will come into effect at the start of the new financial year in April. 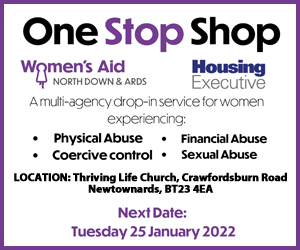