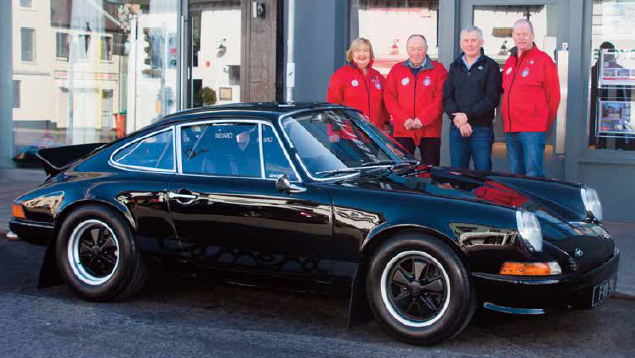 THE Ulster Automobile Club will stage the Craigantlet Hillclimb on Saturday. The Simon Brien Residential sponsored competition is one of the most popular events on the Northern Ireland’s motorsports calendar.

Craigantlet hosts rounds three and four of the 2022 Motorsport UK British Hillclimb Championship supported by Avon Tyres. Clerk of the Course, Wilson Carson reflected: “The hard work of my team has resulted in superb cross channel and local entries consisting of the crème de la crème of British Hill Climbers.

Wallace Menzies, current British Hill Climb champion, returns to challenge Scott Moran and Dave Uren, current joint record holders of the coveted News Letter Trophy which is awarded to the driver who sets the Fastest Time of the Day. “Our event programme has a must read article by Jerry Sturman, Hill Climb pundit and expert as he shares his thinking. All proceeds from the programme go to support Alzheimer’s Society our club charity for 2022.” Sponsor Simon Brien commented: “Craigantlet is highly regarded by local competitors and our friends in the British Hill Climb Championship as one of the fastest in the series.

A hill of two halves, it presents fast sweeping corners, tight uphill twists and a fabulous finish, a bit like a good red wine. “Craigantlet is an excellent event for beginners and experienced drivers alike, extremely well organised by a friendly and supportive team of dedicated volunteers I am proud to be associated with the event and want to wish everyone involved a safe and enjoyable day on the Hill.” Graham Thompson started his challenge for the Millers Oils Association of Northern Ireland Car Clubs (ANICC) Championship by setting a blistering pace at Croft last weekend, recording a superb time of 33.12 seconds. He was hotly followed 0.44 seconds behind by Chris Houston who was being chased by Tim Woodside a further 0.22 seconds slower for third place. It’s going to be a fantastic return to a year full of competitive Hill Climbs and the UAC look forward to welcoming folks to Knockagh, the final round of the ANICC Championship on September 10. Spectator access will only be allowed from the bottom of the Hill Climb Course, at the Belmont Road (B170) approaching from the Old Holywood Road and Massey Avenue.