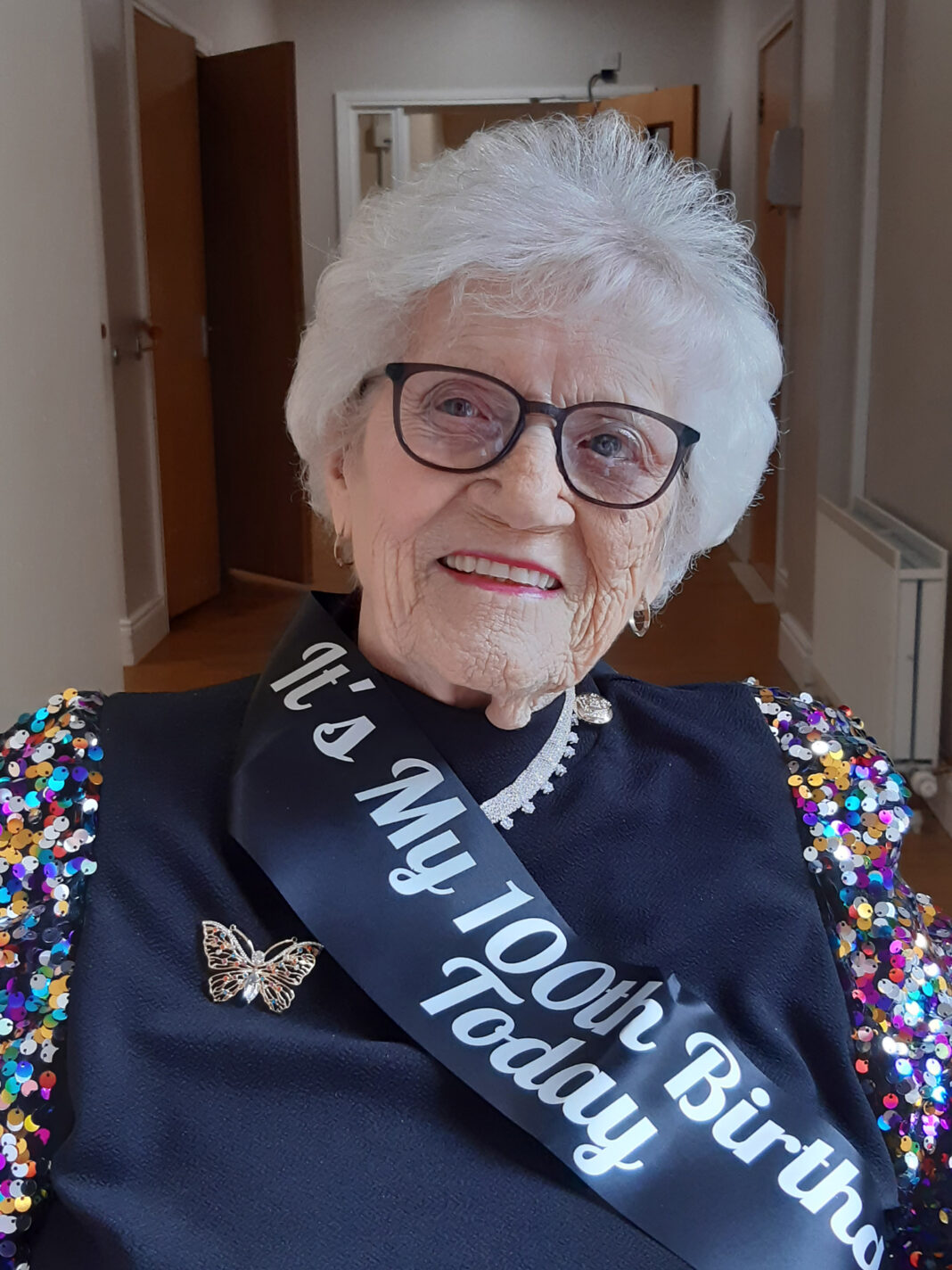 A MILESTONE 100th birthday was celebrated by Bette Webb and her family on Sunday, May 15.

Born Elizabeth ‘Bette’ McMaster in Ballyhalbert in 1922, as one of seven siblings, Bette lived on the Shore Road in the village and met her husband, Les Webb, a Flight Sergeant in the RAF, when he was posted to the town during the Second World War.

She worked in several places throughout the war, including the munitions factory in Newtownards, the local post office and the local pub.

Bette and Les were married on October 23, 1946. During her husband’s time in the RAF she lived all over England and travelled as far as Aden, Yemen. The couple had two children together, son Raymond and daughter Carole.

They retired back to Northern Ireland in 1975 and settled in Park Avenue, Ballywalter, where Bette lived until she moved to Scrabo Isles in Newtownards in 2020.

Speaking of the celebrations her daughter Carole said: “While observing restrictions, Mum thoroughly enjoyed the ‘party’ in the car park of the home with her friends and relations and the fabulous party that the staff in the home laid on for her later that afternoon.”