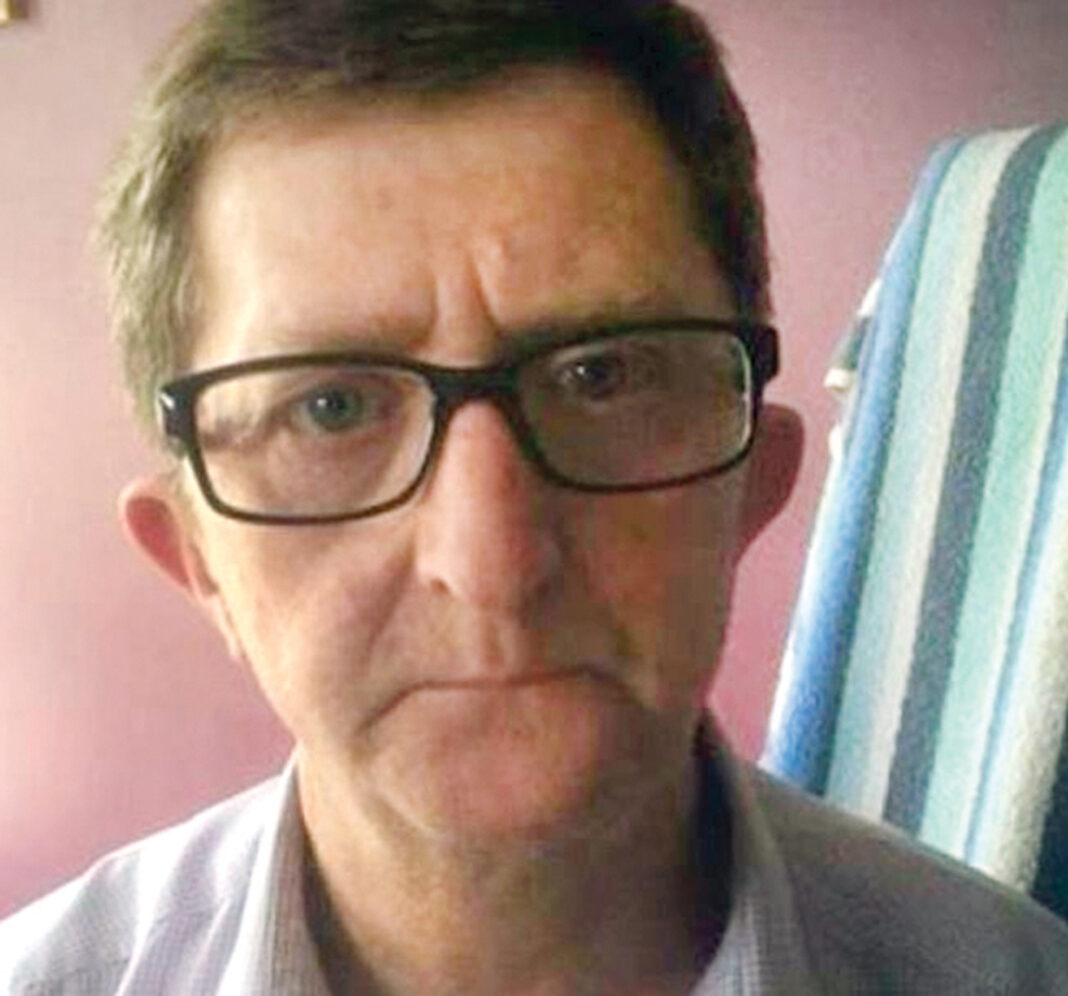 A MAJOR murder trial into the death of Comber man William ‘Pat’ McCormick has been delayed.

Five people had been due to stand trial this week on charges arising from the 55 year-old father of four’s death, which took place nearly three years ago, in May 2019.

Detectives launched a murder inquiry after Mr McCormick’s body was recovered by divers from a lake in Ballygowan six weeks after he disappeared.

The lengthy six week trial was due to begin yesterday (Wednesday) but was put back after a second defendant was re-arraigned and changed his plea.

The trial date has now been pushed back to next week at the earliest, after the jury had been sworn in at Downpatrick Crown Court, sitting in Laganside, on Monday.

The first defendant to be re-arraigned was 29 year-old David Gill, formerly of Ballyglighorn Road, Comber but now of no fixed abode, who, at a separate court hearing last Friday, pleaded guilty to Mr McCormick’s murder.

Having previously denied the murder since his arrest in 2019, when the charge of murdering Mr McCormick was again put to Gill by the court clerk, he replied: ‘Guilty’.

Following Gill’s guilty plea, Mr Justice Scoffield told the defendant that ‘there was only one sentence available’ and that was ‘one of life imprisonment’.

The court heard that the minimum period he would have to serve in prison before he was eligible to be released on licence, will be set at a later hearing.

At yesterday’s court hearing, the defence counsel for 33 year-old Jonathon Richard Leslie Montgomery, of Castle Espie Road, Comber, asked for his client to be re-arraigned.

Montgomery then pleaded guilty to the charge of withholding information, on a date between May 30, 2019 and June 5, 2019.

Two further charges of assisting offenders, one count between May 30 and June 5, the second on June 1st, 2019, were left on the books. Montgomery’s case was adjourned for pre-sentence reports, on a date to be fixed.

The remaining defendants are: 23 year-old Lesley Ann Dodds, from Ross House in Belfast, who has been charged with, and she denies murdering Mr McCormick, on May 30, 2019.

Forty two year-old William Gill, from Terrace View, Warringstown, has denied assisting offenders on May 31, 2019, and withholding information between May 30 and June 5, 2019.

Twenty three year-old Andrew Leslie, from Mourne Crescent, Moneyreagh, has been charged with and denies two counts of assisting offenders on May 31, 2019 and withholding information between May 30 and June 5, 2019.

Twenty two year-old Jack Rowden, from Hillmount Cottages, Moneyreagh, who denies two counts of perverting the course of justice on July 5, 2019 and August 7, 2019.

He has also been charged with withholding information between May 30 and September 20, 2019.

Mr McCormick, who previously served with the Ulster Defence Regiment and the Royal Irish Regiment, was a part-time caretaker and worked as a carer for a company called All Ireland Home Care at the time of his death.

During its investigation, it was reported the PSNIe carried out nearly 40 searches and interviewed hundreds of witnesses.

It was expected that during the trial, evidence would be heard from a number of witnesses including members of Mr McCormick’s family, police officers and staff from All Ireland Home Care.