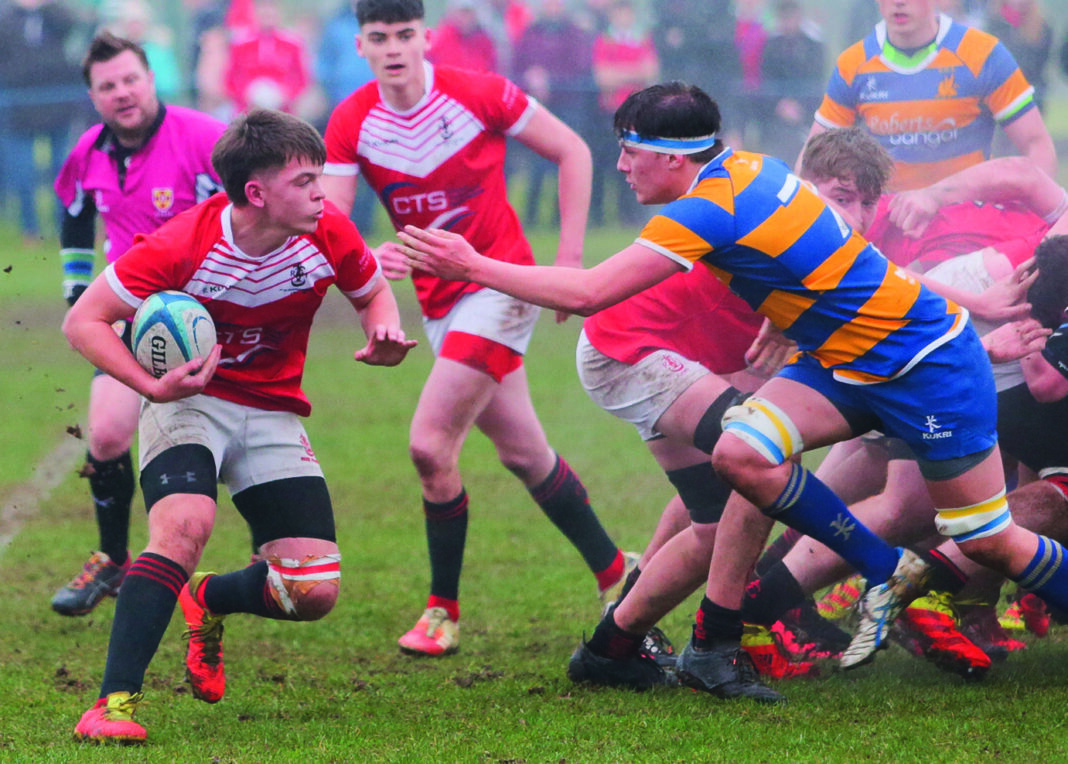 Login/Subscribe
REGENT House’s head of rugby Nick Gamble is confident that the Newtownards school will give Dromore High a difficult game on Saturday. Dromore will start the Danske Bank Schools’ Cup fourth round clash as favourites, but Gamble believes the Newtownards school can cause an upset and claim a place in the quarter-finals. Gamble said: “We played Dromore in October and they won quite comfortably. Then, we played them again in late December and it was a tight game that Dromore won with a last minute try. So, we’ve closed the gap on them. “It’s going to be a battle, there’s no doubt about that. They have a strong pack, so our forwards will need to produce a top notch display if we are to win. It’s a tough place to go, but we’ve already shown in this competition that we can cause an upset. “The boys and head coach David Dougherty deserve a lot of credit for what they have achieved this year.” In December’s second round Regent House defeated Carrickfergus Grammar 24-3.
Earlier this month, the Ards school stunned local rivals Bangor Grammar with a 15-12 win. On Saturday, they travel to Dromore for a 10.45am kick-off against the school that defeated Banbridge Academy 24-0 in the last round. Gamble said: “We’ve exited the competition at the third round stage several times in recent years, so it’s a big thing for our school to be in the fourth round. We’re just one game away from a quarter-final, which would be an incredible achievement. “It’s great for the boys. I think they’ve earned the right to play at the same stage as all the big schools, like Methody and RBAI.”
Elsewhere in the fourth round, Holywood school Sullivan Upper travel to Foyle College, Ballymena Academy face Coleraine Grammar in a derby clash, Wallace High host Royal School Dungannon, Ballyclare play Royal School Armagh, Enniskillen welcome Methody to Fermanagh, Campbell College host Down High and RBAI play Omagh Academy