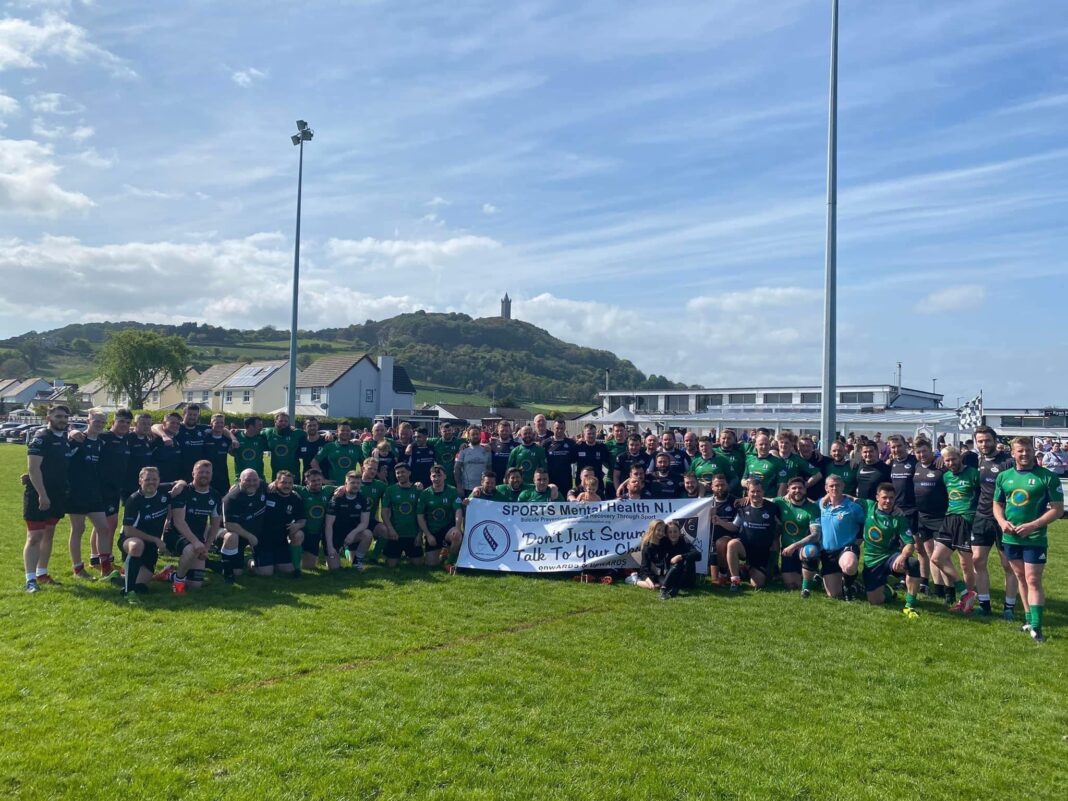 Late last year, the Hamilton Park club was rocked by the death of the popular player and club member

The memorial match was the idea of Ryan’s close friends Robert and Ben Smith, who with the Mills family’s blessing set about organising the even alongside Ryan’s sister Cloe.

Ards Rugby Club’s Director of Rugby Stevie Nutt said: “We are proud to have been able to help deliver a fitting day in Ryan’s memory and to highlight Mental Health Awareness Week and raise funds for two local charities Sports Mental Health NI and the Codo drop in centre in Bangor.

“Getting support for this event was no problem at all, be it from the players who took part in the match, to the businesses that donated prizes for the raffle, to the volunteers who helped on the day, to the Ards Rugby players who organised a fundraising marathon walk on the Saturday morning, to all those who attended the event and to all those who donated monies.”

The day kicked off at 6am when 12 Ards Rugby players led by Stevie Bell set off for their marathon walk around the Ards area, the walkers had strategically planned pit stops along the way where the received much needed refreshments provided by their support team.

During the walk a moments reflection was had a Ryan’s graveside. As kick-off for the rugby match approached at 2.30pm the walkers returned onto the Hamilton Park pitch to rapturous applause.  At time of press, £6500 has been fundraised by the marathon team.

Prior to the match the Mills family unveiled a beautiful bench that will sit proudly outside the club changing facilities.  This will be in front of mural designed by the Ards Rugby Youth players and completed by the Chris McGuiggan from Codo Drops.

The rugby match was kicked off by Ryan’s dad Martin. The Millsy Select squad was captained by Ryan’s cousin Mark Simpson who had journeyed over with his family from Teeside. The match itself produced some great rugby and was well reffed by a former teammate of Ryan’s, Matthew Wallace who is now an up and coming rugby referee.

Stevie Nutt said: “The score on the day didn’t really matter, what was more important was the support for the family and friends of Ryan, the raising awareness of Mental Health and the funds raised for the charities.

“Credit must go to so many for making the day such a success.  To all the players, coaches, organising committee, local businesses and the so many spectators and friends who turned up to support the event.

“It was an amazing turnout for the Ryan Mills Memorial match and that’s a testament to the man himself.”